After two days of tricky shifting breeze in the Solent, the New Zealand Team racing Feng Shui of Andrew Wills, Anatole Masfen and Matthew Kelway, has won the 2016 Etchells Open European Championship. The team from Royal Akarana Yacht Club scored no worse than a seventh, in the four race series, to win the first regatta of the event, and bragging rights for the forthcoming 2016 Etchells World Championship.

The New Zealand team, who are all from Auckland won the series in a 50 boat fleet of Olympic and America's Cup winners as well as as a multitude of World Champions. Current British National Champion, Ante Razmilovic, racing under the burgee of the Yacht Club Costa Smeralda ITA, was second. Steve Benjamin's team from the Seawanhaka Corinthian Yacht Club Connecticut USA was just a point behind in third. America's Cup winner and past Etchells Champion, John Bertrand sailing for the Royal Brighton YC, Victoria was the winner of the last race of the series. 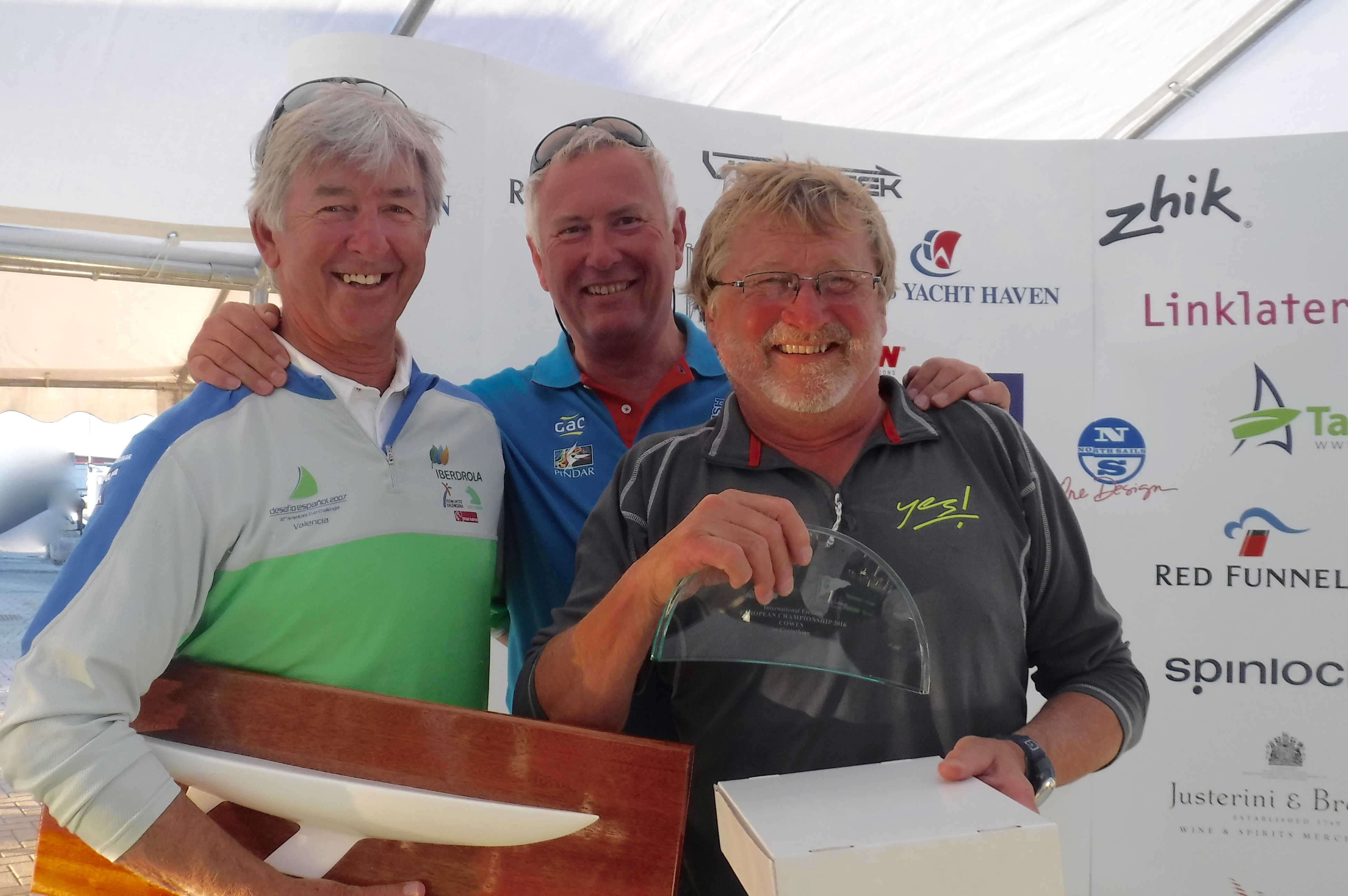 “ I first came to Cowes in 1994 racing an Etchells and I fell in love with Cowes and the class.” commented Feng Shui's Anatole Masfen. “Cowes is the 'Disneyland' of yachting, it is where yacht racing began. I believe this is a very special place and the job that David Franks (Cowes Etchells Class Captain) and his team have done, to invigorate the class, is very exciting and i am just glad to be part of it.”

Racing at the 2016 Etchells World Championship will start on Monday 5th September and conclude on Saturday September 10th. 58 teams from fourteen countries will be taking part. There will be live GPS Tracking, photos, videos and updates.

SailRacer are providing live coverage direct from the race course, including GPS tracking, blog and social media updates, and photos streamed live to the tracking Dashboard. A big screen in the beer tent is proving popular with the sailors as they pour over the tracking replays on their return ashore.